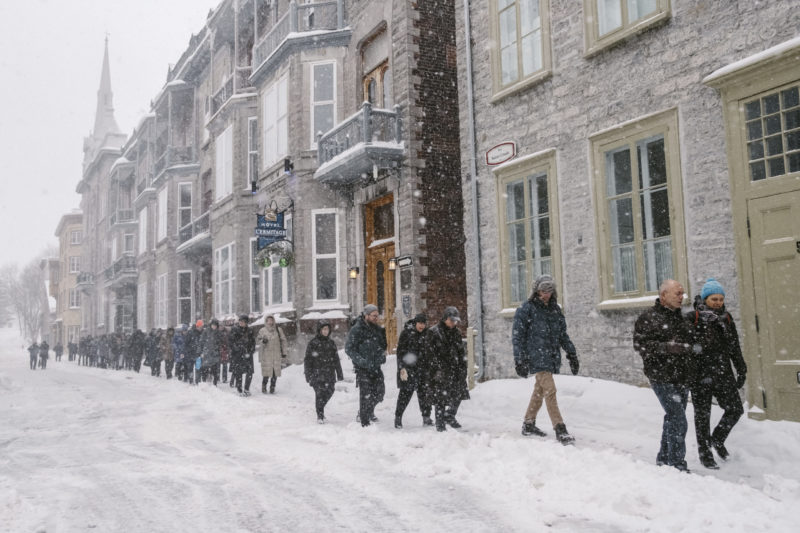 Manif d’art is pleased to unveil the theme and announce the international guest curator for the tenth edition of its flagship event; the Quebec City Biennial. The guest curator Steven Matijcio, Director at the Blaffer Art Museum in Houston (Texas), will question the ties between art and it’s mirages under the theme Illusions Are Real.

Steven Matijcio has been the Director and Chief Curator of the Blaffer Art Museum at the University of Houston since 2019. Before that, he was the head of the curatorial department at the Contemporary Arts Center (CAC) in Cincinnati from 2013 to 2019. During his tenure there, he has curated solo shows of Firelei Báez (2018), Kahlil Joseph (2018), Glenn Kaino (2017), Andrea Bowers (2017), Do Ho Suh (2016) and Titus Kaphar (2015), among others. He also served on the curatorial team of After the Moment : Reflections on Robert Mapplethorpe, which opened in November 2015 to mark the 25th anniversary of the CAC Mapplethorpe retrospective.

Currently enrolled in a master’s program in art history at Université Laval, Michelle Drapeau is an emerging curator from Moncton and now based in Quebec City. She has worked as the assistant curator of contemporary art at the Musée des beaux-arts national du Québec and has prepared outreach materials for this same institution. She has been coordinator of the Symposium international d’art contemporain in Baie-Saint-Paul and teaching assistant in art history at Université Laval.

At the Heart of the Theme : Magic Realism

The theme of Manif d’art 10 is inspired by Magic Realism, an artistic movement seeking the spontaneous manifestation of seemingly magical, supernatural or irrational elements that arise in the realm of reality. The biennial will be an opportunity to explore artistic practices making use of the trompe-l’œil, strategies of misdirection and sleight of hand as vehicles. This reflection on illusions will also reassess many sociopolitical issues steeped in our reality. By defamiliarizing the everyday, the selected artworks will highlight and reveal the illusory mechanisms invading our contemporary world, from artificial flavours to misinformation campaigns.

“We’ve always had this hierarchy where reality was seen as somehow superior to illusion. The distinction doesn’t seem as clear now. In a society which welcomes artifice with open arms, where we give in to the wonderment and pleasure of being constantly deceived and misdirected, what are the political ramifications? The curatorial proposal is twofold : the works of the biennial will unveil the workings of illusion from a critical perspective, just as they will revel in the magic that these illusions can inspire in our everyday lives.“ Says Steven Matijcio, Curator of Manif d’art 10.